Since 1961, the Abbey "Trappistes de Rochefort" has operated with the same 100 hl brewhouse supplied by Ateliers de Monsville (which later became part of Meura). It became necessary to increase the capacity and to invest in more modern and sustainable equipment.

With this in mind, the Trappist monks naturally called on the expertise of the Meura teams, Boccard's experts for the beer industry, for the study and construction of its new brewing room.

The Abbey has very specific production rules: activity in the brewhouse must only take place during the day between 6 am and 4 pm. The Meura2001 mash filter technology was chosen to optimize the number of brews per day according to the working time, guaranteeing an occupancy time of two hours per brew.

Today, the Abbey has a capacity of 250 hl per brew , capable of tripling  annual production and allowing the customer to launch new products in the market! 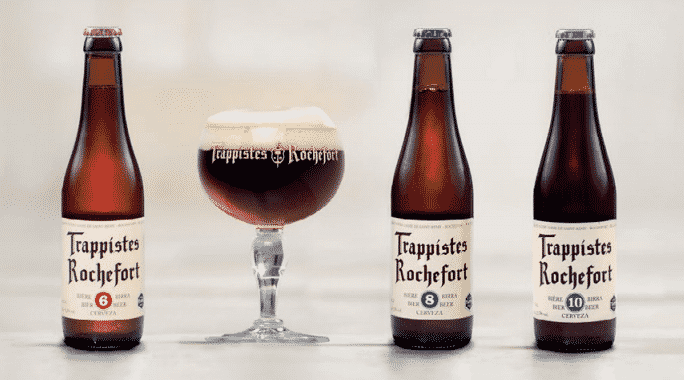 In 1887,   the monks of the Trappist Abbey of Achel moved to the Abbey of Notre-Dame de Saint-Rémy de Rochefort, in the Belgian Ardennes to renovate the abbey which had been demolished after the French Revolution. Soon after, in 1900, the monks began brewing beer, but it was not until 1952 that the brewery produced enough beer to be sold.

Today, Notre-Dame de Saint-Rémy Abbey is one of the five Belgian Trappist breweries. It was equipped since 1961 with a brewing room from Ateliers de Monsville which was taken over by Meura and now has a state-of-the-art Meura brewhouse.

To be recognized as a "Trappist beer" and to be authorized to use the logo "Authentic Trappist beer" on the bottles, the beer must be produced within the walls of an abbey, under the responsibility of the order and the profits must be used to maintain the abbey or to finance charitable works in the surroundings.  Only eleven authentic "Trappist" beers are still produced in the world: outside of Belgium, they can be found in the Netherlands, Austria, the United States, Italy and, since 2018, in the United Kingdom.

Our expert teams proposed a Meurabrew continuous brewhouse concept to IDL, with a five-phase expansion program.

Coca-Cola’s R&D teams teamed up with our brewhouse experts to design a new technology for producing “Kvass” extracts in Ukraine.

The Abbey “Trappistes de Rochefort” wanted to design and construct its new brewhouse. They trusted in the expertise of our Belgian teams from Meura: a company from Boccard dedicated to brewery, distillery and grain extract projects.